Skip to Content
Home ORGANIC LIFESTYLE What’s Holding You Back From Your Life’s Purpose?

I will never again tone down my aspiration for anything or anyone.

I have had many months now to reflect on my past corporate world experiences of working on someone else’s dream. One day you will say today is the day, because you wanted it so bad and verbalized it into your existence or maybe you already have? This is called manifesting. I will come back to this powerful thing called manifesting but for now, let me tell you a story about a redheaded girl from New York.

She was the baby of five, living in Long Island, NY. She would cross the woods to go to school and return home to build a snowman in her front yard. She would go to her Father’s 47-acre sod farm where her chickens lived, every chance she could. She loved her father’s bird shop and would feel like they spoke to her without the spoken word. She was so connected to her source of energy.

The next thing she knew she was in a car with her siblings headed cross-country to go live in California. She always felt different. She knew she had a gift at an incredibly young age. She recalls being of the age of six and even testing her gifts out loud. She would see things before it would happen. Sometimes with a big smirk on her face, because she knew how things would unfold before it would even happen. She had no idea what to do with it, so she put it on a shelf.

That little girl was me.

I honestly thought my so-called learning disability was just that, a label that I wasn’t willing to adopt. I say that because I do not believe in labeling it, but since we live in a world where we do, I was labeled dyslexic. I didn’t know then but I know now that it was actually a benefit to my advantage. It forced me to learn in a different way and tap into all of my other skill sets to take me to where I am today.

I remember fighting this new label and would go into my own world.

Drifting off in school and going into my imaginary world where I felt safe and felt comfortable. I was bored and felt lost, now living in a new city. No chickens, who were my friends. I missed my first dog Sunday, who for some reason was left behind.

I began to manifest my world at the end of my driveway.

I felt comfort in singing and entertaining all the neighbors and cars that would drive by. Thank God for the girl living across the street from my new home. She embraced me, even taught me how to swim. After one year of living in a different state, with a new label, I was transferred to a different school. In the third grade, being trucked across my county in a little orange bus, I was teased.

I can still remember to this day coming home and crying to my brother, he tried to comfort me and tell me just how to deal with the bullies. So, the next day, I returned and I stood up to those kids who told me that my hair was on fire, because I had a redhead. I put my hands on my hips and shook them from left to right and shouted out loud “When you’re hot, you’re hot, and when you’re not, you’re not. I’m H O T and you’re not!“ For a brief moment, I felt all my power return, and off I went.

Why am I telling you this?

I am telling you through this tough time in my life I still believed in myself, but it did affect me. It is a story with patterns attached to it. Instead of following through with my dreams, I felt I was not good enough and at some point, I started living other people’s dreams by working for them. Giving my talents and making them a lot of money. With each job I always knew this, though it was molding me to be better.

I grabbed my gift off the shelf after all my schooling and used it to my benefit.

I entered the sales arena. In every industry I touched, I was a leader. I was strategic and would figure out clever ways to be on top of the game. I must thank my Father for teaching me trade at a young age. I can still remember to this day, holding my Dad’s hand, walking into a huge warehouse in San Francisco. He told me to go pick out something to sell. I remember looking around and I chose something small that I knew I could sell easily. I chose jewelry, not just any ordinary gems. I chose magnet earrings because I knew I could sell them since I was not allowed pierced ears. The goods cost $350 dollars. My Father said I will lend you the money and you can pay me back.

The next weekend he took me to the flea market and said, “start selling!” I was nervous. But I wanted my dad to be proud of me. So I stood in front of the table yelling “two for a $1.” I was not allowed to count my earnings until the drive home. I could not wait to clean up and pack the truck. Sitting in between my Mom and Dad I counted $750 dollars. When I returned home, I handed my Dad the $350 dollars that he had lent me, but he told me to hold onto it. That following week we returned to that big warehouse, this time I chose a more expensive product to sell.

And I was only twelve years old. The moral of this selling story is if it wasn’t for my Dad to believe in me and teach me a trade, I wouldn’t have been able to mix this with my gifts and become a master relationship builder in many industries. I always made sure I believed in what I sold and made the products a part of me.

Then, one day in August of 2019, I said goodbye to the corporate world. And all my manifestations came swirling in like I had been swept up on a magic carpet. From the moment I started manifesting at the end of my driveway at 6 years old until now, I have been manifesting my new reality.

Manifestations are a powerful tool.

When you want to manifest something, speak about it as if it is already in your existence. Imagine you can see it, smell it and touch it. You have to believe it and when you believe it to be, that’s when your vibration and frequency are at a complete match. It might not happen right here, right now but trust me as living proof. And trust that the universe is listening.

I am living my life’s purpose because of all the manifestations throughout my life. Each step throughout my journey I have manifested being in the right place at the right time, meeting the right people who upgraded me mentally and spiritually to take me to where I wanted to be. I was constantly manifesting which allowed me to continuously level up. It has taken me to this place right here, right now. Living my life’s purpose, touching people without the physical touch.

It took me only two weeks after leaving the corporate world to know that I wanted to do a Lifestyle Media Company.

During this pandemic, I was able to create more than I could even imagine. Talk about a complete alignment. Everyone that is involved with Corporate Hippie Connection was drawn in organically. This movement brings a multitude of sacred skill sets to the same Mission. One fierce initiative massaged from every angle, creating a movement of love and empowerment.

This is the ultimate human experience.

I remember growing up and going out for things like cheerleading, and feeling scared, because of that so-called disability they labelled me with. That was holding me back, in my self-consciousness. My mother would always tell me, “When you want something in life, don’t stop until you get it.” She had this way of showing me at a very young age to stay in my power and believe in myself. So, when the pattern would appear and I felt disconnected, I would think of the positive empowerment words from my Mother, saying “You can do anything you want! You are the sunshine maker!”

Trying out for cheerleading in front of my whole school and a table of judges. I shouted “Ready! OK!” and then I was frozen, everything went blank. For a split second, that same story came along, with that label. I just happened to look in the bleachers and spotted my Mother with her arm up with her hand in a fist, she mouthed to me “You can do this.” Then I was able to continue and I made the squad.

My parents did a great job keeping me connected to my source, my power. It was so powerful, and I embraced it.

So, the moral of the story is, you can do anything if you put your mind to it. Do not let any story or anyone hold you back. The only person holding you back is yourself.

Do you ever wonder about your own body’s resilience? Could it be a story that no longer serves you?  What is holding you back from living your life purpose?

In a comfortable State of Gratitude, 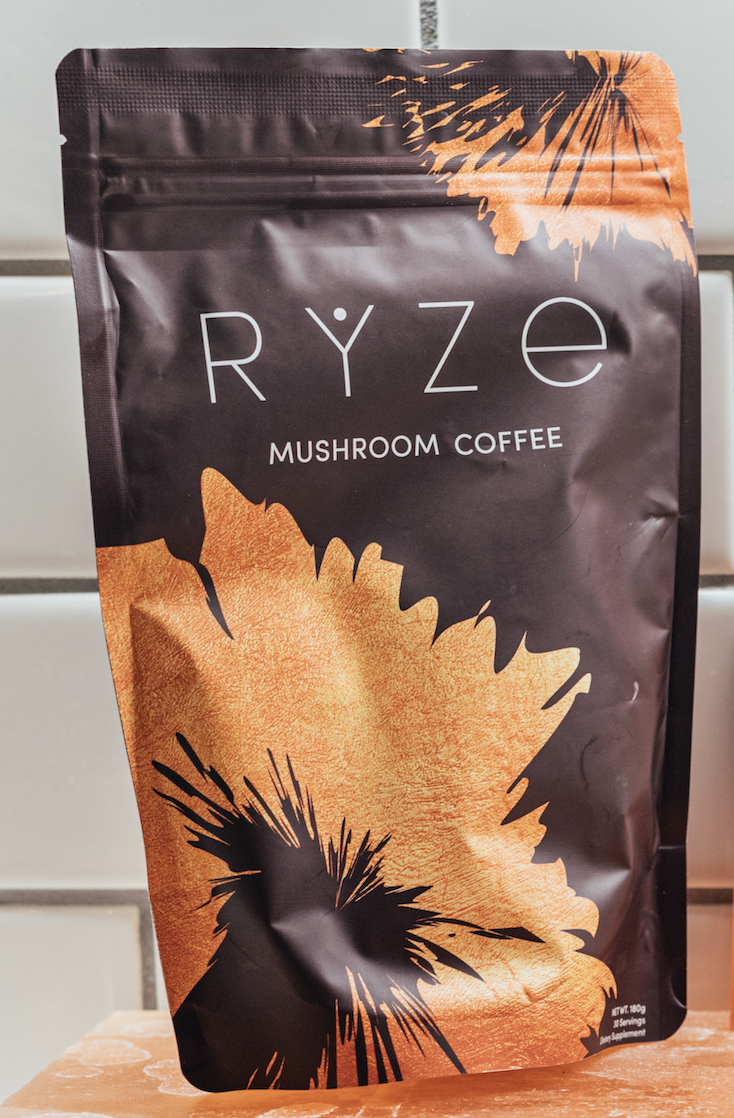 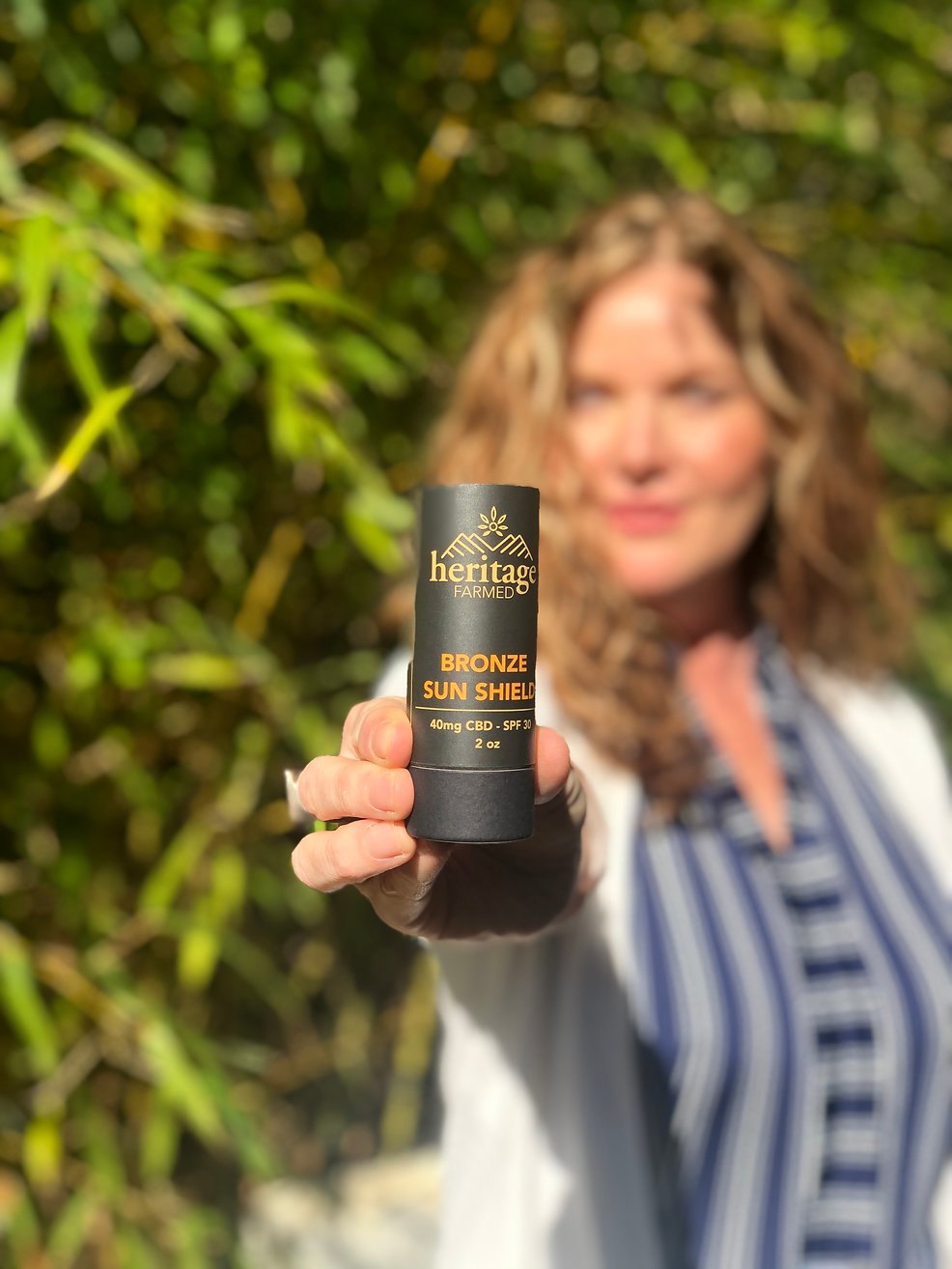 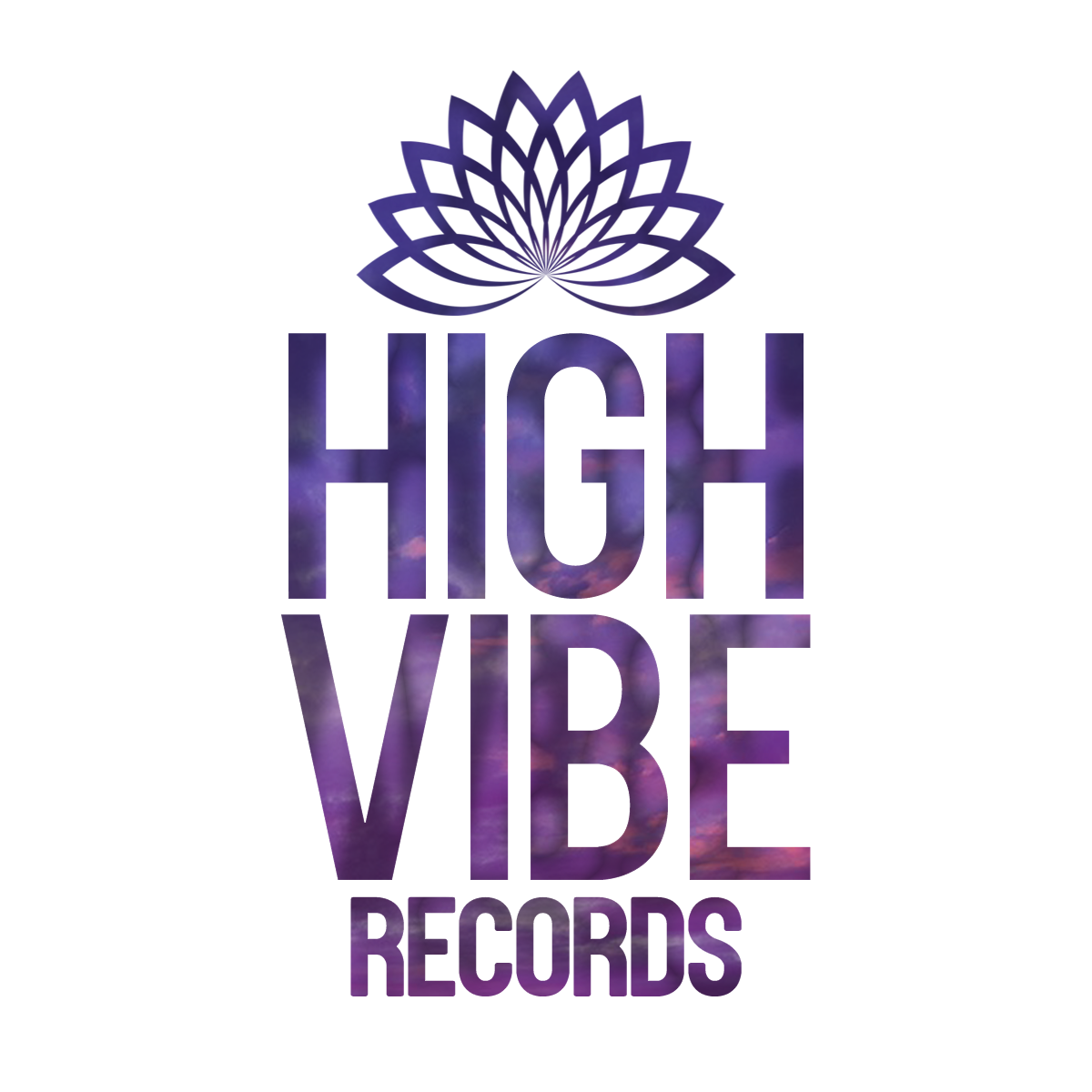 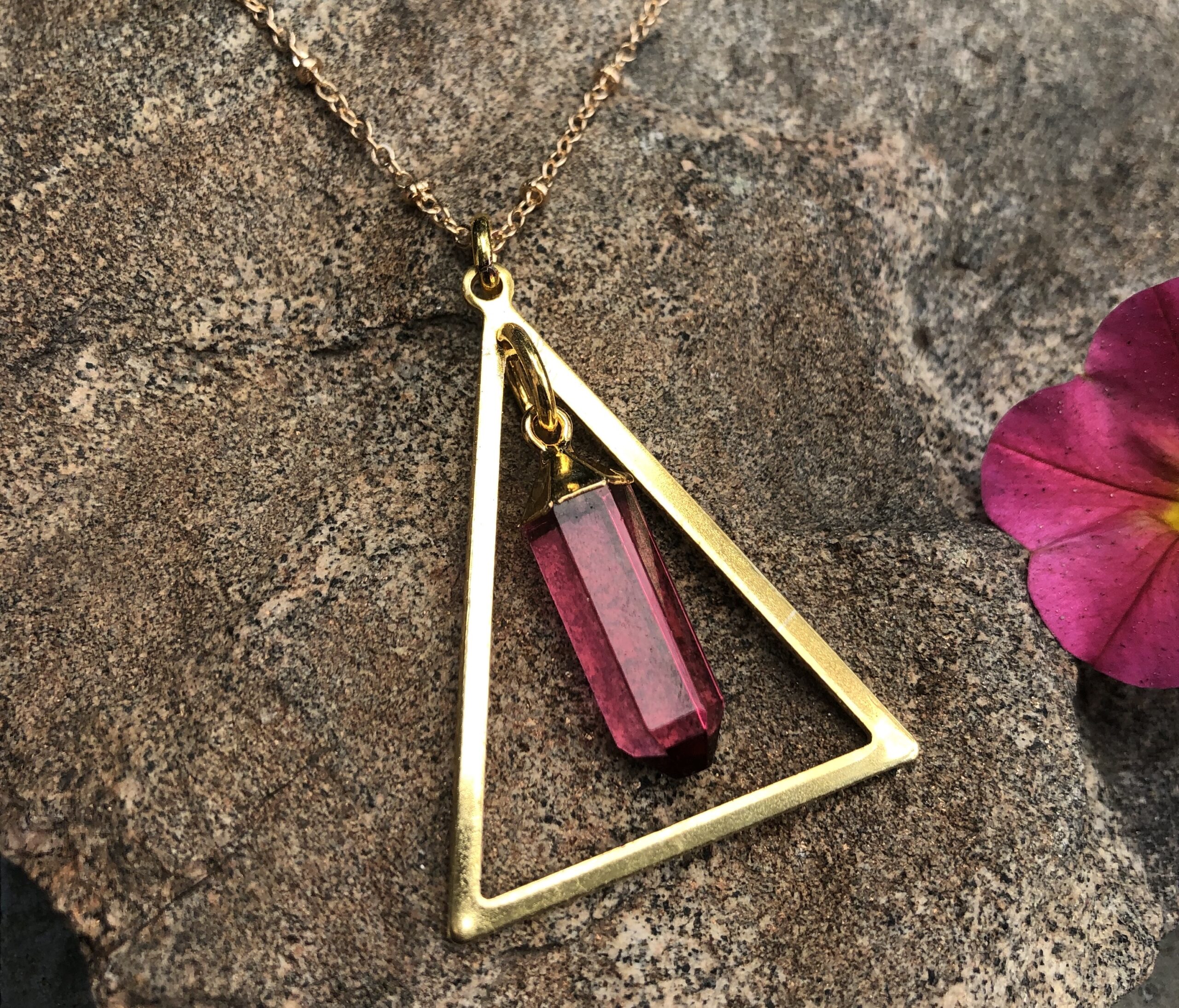 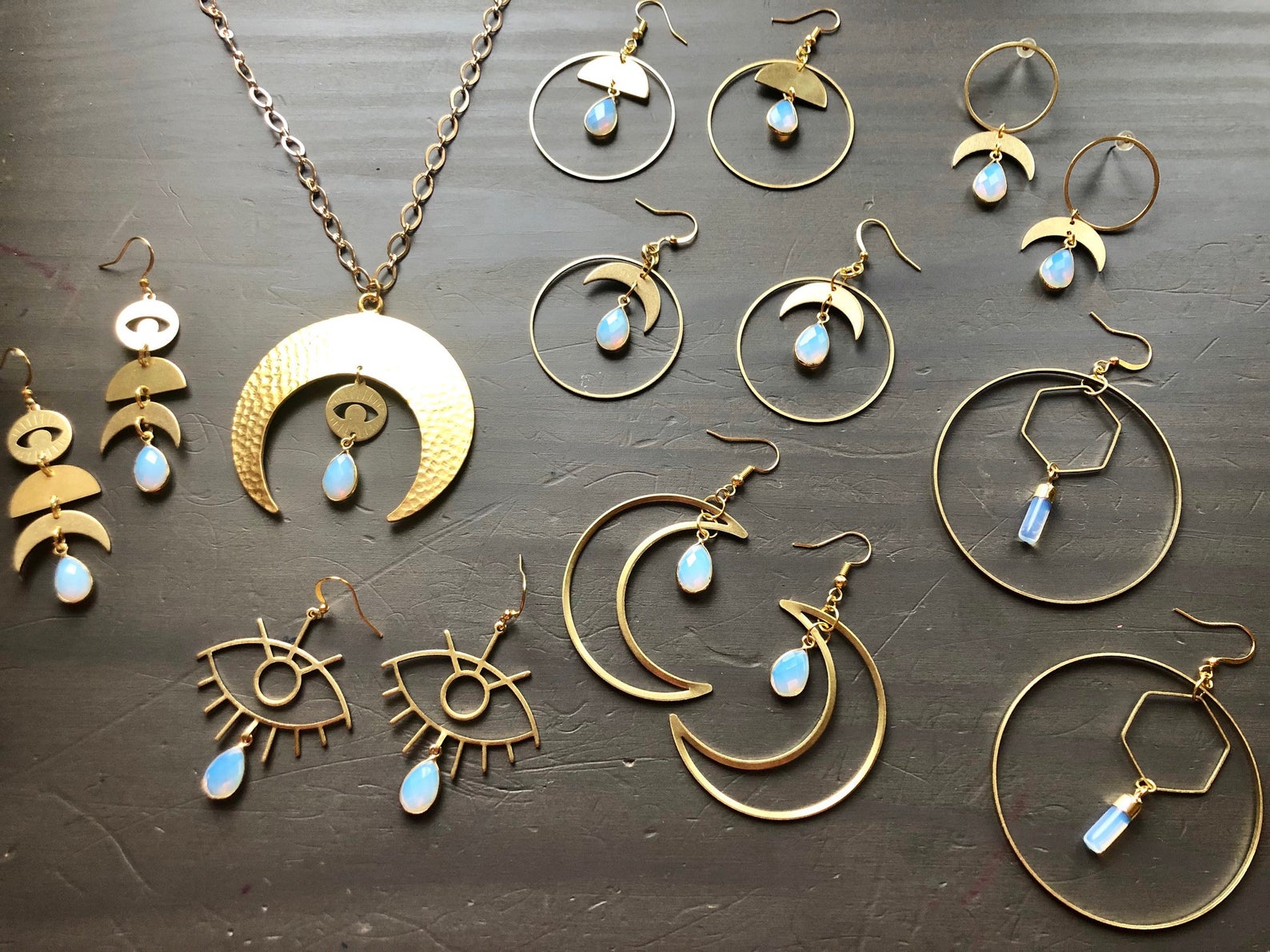