I must admit I have been scratching my head a lot lately due to all the inconsistencies I see in America revolving around Covid and politics.

We were told to shut down the economy and wear masks. Honestly, I am no medical expert. Economics sure, but no medical training whatsoever.  That said, I am big on social media and people send me a ton of stuff trying to get me to lean one way or another in my media publications.

As such, I see the  ****storms that blow up between my brothers and sisters revolving the mask and shutdown debates. As for masks, I wear them because I think “what the hell”, but media is full of articles from one side saying masks do nothing and from the other side in favor of them. Both have medical experts claiming one way or the other. Does anyone really know? No not really. And don’t tell me otherwise. Like I said, both sides have their medical experts. For every ten articles saying wear them based on medical science, another ten say poppycock.

Shutdowns have caused untold economic damage. No arguments there. But whether we should have shutdown or not is also a screaming fest.

America shut down, as did many other countries, yet CoVid is as bad as it ever was and getting worse. Many say it is because not everyone wore masks and not everyone shut down. Well the reality of the situation is we likely cannot do any better. At least not here in the states. Not everyone did comply and likely some never will and that is the reality of it, like it or not. So blaming others may make some feel in the right, the fact of the matter is America probably cannot do any better, so why try it again?

And talking shut downs, while any even small gatherings were banned, thousands were allowed to protest in the street, yelling, spitting and what have you, and apparently that was “for a good cause” so it was allowed.

Now the vaccine is out but like many government run programs, it is rumored to be a mess. Plainly put, there is not enough of it getting to enough people in a timely fashion. Operation Warp Speed is more like cruise control.

Political inconsistencies don’t take a back seat to CoVid.

Trump claims the election was fraudulent yet he is not backed up by the justice system. Frankly, both sides claim they are right. The inconsistency here is the last few elections the Dems claimed fraud, wanting an audit. Now the Republicans take the stand while the Dems say nope, not a proper request.

The truth is no one really knows, meaning I don’t know nor do you.

I will say IF the election was fraudulent, shame on those that perpetrated it and a pox on them.

Rigging the will of the people, if it occurred, in my opinion is worse than the 2008 bailouts of homeowners that bought too much house. What happened to responsibility and reading what you sign?

Like I said, we will never know about the election, so it’s time to move on.

Senator Chuck Schumer (Dem) says the capital take over last week was a day in infamy, putting it on par with Pearl Harbor.

I watched the news and saw a desk or two broken and people mulling around the ivory halls but nothing like the burning and looting we saw earlier in the year. While officers were told to stand down, monuments and businesses were trashed, people harassed, beaten and shot, and whole city blocks occupied.

That, in my opinion, are days of infamy on par with Pearl, or should I say, months of infamy.

Are you listening Chuck?

Meanwhile, after a brief search, I can’t find any insightful words from the Potus which may have encouraged a Capitol take over. Maybe they exist but what I read was not even close.

So they want to remove him before his last two weeks are up.

I would ask what’s the point?

Seems to me I heard a lot more insidious words from BLM protest leaders threatening to “burn down the system” if someone did not “do something”. Nothing specific about what exactly was  the “something” that should be done mind you.

Anyway, thats my take on it.

I could go on but you get the point.

And no, I am not a racist, which is another Goebbels type tactic to incite a radical position. In other words, get the madness of crowds to label you a nasty word if you disagree with something totally unrelated. Works for sheep but not for the intelligent.

Like most political stances, I am sure I’ll take a little heat here for today’s article, but in reality I speak from observation and not from personal preference.

the world has gone a little crazy yet hopefully, like the madness of crowds, where people lose their common sense and decency in crowds, yet regain their senses only one by one, we can hope both the planet and our brothers and sisters give us all a break in 2021.

The opinions expressed are those of Mr. Cuniberti only and do not necessarily represent those of any news media. No guarantees are made as to any claims or statements contained herein.  Mr. Cuniberti can be contacted at www.moneymanagementradio.com. California Insurance License #0L342449. Medicare agent and fire insurance. (530) 559 1214. 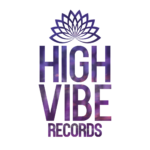